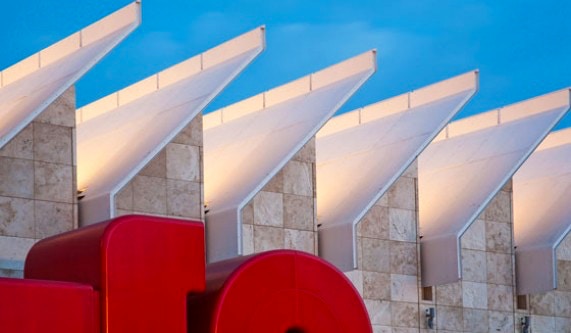 Since its inception in 1965, the Los Angeles County Museum of Art (LACMA) has been devoted to collecting works of art that span both history and geography, in addition to representing Los Angeles's uniquely diverse population. Today LACMA is the largest art museum in the western United States, with a collection that includes over 120,000 objects dating from antiquity to the present, encompassing the geographic world and nearly the entire history of art.

Among the museum’s strengths are its holdings of Asian art, Latin American art, ranging from pre-Columbian masterpieces to works by leading modern and contemporary artists; and Islamic art, of which LACMA hosts one of the most significant collections in the world. A museum of international stature as well as a vital part of Southern California, LACMA shares its vast collections through exhibitions, public programs, and research facilities that attract over a million visitors annually, in addition to serving millions through digital initiatives, such as online collections, scholarly catalogues, and interactive engagement at lacma.org.

Situated in Hancock Park on over 20 acres in the heart of Los Angeles, LACMA is located between the ocean and downtown. In April 2006, Michael Govan became CEO and Wallis Annenberg Director of LACMA. Formerly president and director of Dia Art Foundation and deputy director of the Solomon R. Guggenheim Museum, Mr. Govan is the seventh director in LACMA’s 46-year history.

Mission Statement
To serve the public through the collection, conservation, exhibition, and interpretation of significant works of art from a broad range of cultures and historical periods, and through the translation of these collections into meaningful educational, aesthetic, intellectual, and cultural experiences for the widest array of audiences.

Thom is a great teacher. Meets you where you are. Understands and communicates color such that you can translate his recommendations easily to your own canvas. Dedicated to student artistic development with enthusiasm and personal commitment.

I didn’t get to take it because I misread the time. It was on pacific time and I am on eastern time.

Roseanne was great! I appreciated that each student received an individual critique. Such a fun time!

It was fun and nobody told me what to do with my storyboard other than "make it appropriate." Lots of other classes give specific things for us to draw whereas this class just told us to make a story and draw it out.

It was unexpected essentially leave newer students alone to draw for about 45-60 minutes of a 2-hour class. It was good to set aside time but I was hoping to learn more. Also, I didn't quite understand how the first exercise of drawing contours without looking for 10 minutes related to what we were doing. And, I signed up thinking that it was a new class, but there were multiple references to 'week 1', which apparently I missed? The teacher gave refreshers of the topics, but I was trying to sort out if I paid the same as the others and if I missed something critical. I didn't recall seeing a reference to that when signing up.

I loved the class. After painting for 15 years, I learned new things. Thom is a wonderful teacher.

Made my First attempt for printmaking. Our instructor (George) was excellent and very informative. We learned quiet a bit about the process.

Marianne was an amazing instructor, truly inspiring. The environment was welcoming, engaging, and fully encouraging of personal creativity. Not to mention, you are free to enjoy the LACMA for the day with your course entry. I can’t wait to take this course again!!

LACMA is a great venue. The room is always clean, inspiring and welcoming. The teacher was very interesting as we toured an exhibit and very clear in her explanations. Wish I had known ahead (in the class description for exemple) to bring a drawing to use for the printmaking. Great class, I will take it again.

Marianne was a fantastic teacher. Very knowledgeable, helpful and motivating. Looking forward to taking another of her courses!