God, Faith & the Law: How Religion Has Shaped American is unfortunately unavailable

Thankfully we have 28 other Life Skills Classes for you to choose from. Check our top choices below or see all classes for more options. 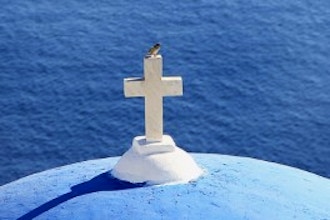 God, Faith & the Law: How Religion Has Shaped American

What you'll learn in this spirituality class:

Complete Title: God, Faith, and the Law: How Religion Has Shaped American Values


An illuminating conversation between Jenna Weissman Joselit (Charles E. Smith Professor of Judaic Studies and Professor of History at The George Washington University and author of Set in Stone: America's Embrace of the Ten Commandments) and Robert P. Jones (CEO of the Public Religion Research Institute and author of The End of White Christian America) about the values and texts that have shaped US history and culture. Jones’ book looks at a future reality in which America is no longer a white, Christian majority; Joselit’s book examines a time when biblical values were fully and publicly embraced. Join us for this fascinating conversation, during which both thought-leaders will find connections between their deeply researched books and will reflect on what’s to come for a nation that is both united and divided by faith.

Questions about this class?
Get help now from a knowledge expert!
Contact us
Questions & Answers (0) 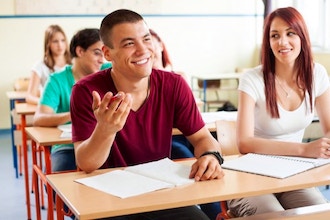 This school has been carefully vetted by CourseHorse and is a verified DC educator. 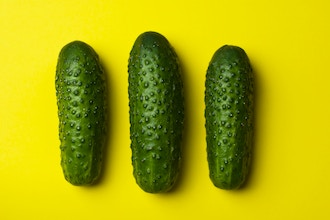 This class has 5 more dates. 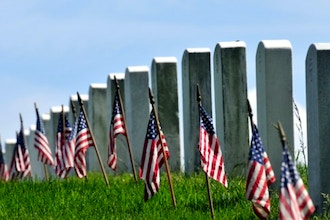 The Arlington Cemetery Tours from Loba Tours also includes America’s national war memorials. These are places for people to come and remember the country’s fight for freedom and peace. Our tour of Arlington Cemetery recognizes the sacrifice of those service men and women, and other patriots that were all part of making history. Arlington Cemetery... 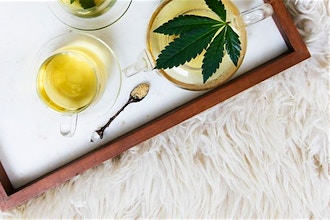 Did you know that CBD is legal in all 50 states? And it can be used to help with menstrual cramps, painful sex, muscle tension and more! CBD has many health benefits and can be applied to enhance a number of sensual experiences. Discover what CBD actually is and all the ways you can incorporate it into your life to boost your personal pleasure...

$20
9 Seats Left
Don't see any dates that work for you?
Add to Wishlist 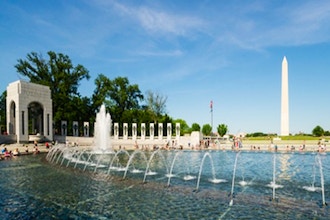 This is a comprehensive tour with one of the DC tour guides from Loba Tours. Guests are taken to all the monuments & memorials while giving fascinating facts to make every visit in DC a memorable one. You will love this Tour, guests will fully be engaged and entertained while visiting the wonderful DC attractions.  We can help guests get...

This is a comprehensive tour with one of the DC tour... 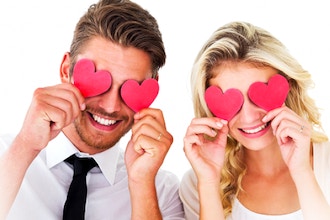 With over 10 years and thousands of participants, the BLISS Relationship Seminar is by far the most popular marriage program in the DC region. It's an incredibly entertaining way to a winning relationship. Improve your marriage and your parenting. One of the first things you will be amazed to learn is not only how fun the program is, but how these...

With over 10 years and thousands of participants,...

This class has 5 more dates.

This public speaking course is the fastest, easiest way to reduce stage fright. In just two-days, this presentation seminar helps participants gain poise and self-confidence in front of a group! Public Speaking Fear is still the #1 fear in America. And, right or wrong, people form a perception of who we are and what we represent by the self-confidence...

This public speaking course is the fastest, easiest...

This a very exciting tour that brings you back to the days when America the “Greatest Nation on Earth”, was coming to life. You will experience first hand where George Washington, America’s Founding Father lived, walked, and dined. On your way back you will experience Old Town Alexandria, once occupied by British forces and a part of the original...

This a very exciting tour that brings you back to...

Plant Nite: Dig, drink and be merry Cultivate your creativity, naturally. Our gifted growers will guide you step-by-step as you make a mini Zen garden, succulent arrangement, or tiny terrarium. Dig in for two lively hours of planting, creating, and laughing with the group. Yaymaker events give you everything you need to get up, get out, and get...

Made for museum lovers and skeptics alike, our Un-Highlights tour of the National Gallery of Art will show you a side of the National Gallery you’ve never seen before!  Join our renegade tour guides on a high-energy, two-hour group tour through these historic halls with a “tasting menu” approach as you learn the crazy true stories behind...

Made for museum lovers and skeptics alike, our Un-Highlights...

This class has 24 more dates.

Public speaking is required in almost every business role, but a variety of factors cause many professionals to struggle when talking in front of an audience. In this training course, you learn how to strengthen your speaking skills, build your confidence, and establish rapport with the audience — all while practicing and delivering presentations...

Public speaking is required in almost every business...

Do you like to talk about sex, but you're worried about your friends being uncomfortable? Are you interested in discussing the good parts, bad parts, and everything in between? Do you just think sex is a fun and fascinating subject? Do you have questions about sex that you'd like answered by real women with an expert in the room? Then have a drink,...

Do you like to talk about sex, but you're worried...

This class has 3 more dates.

Remember when feminism happened, and Georgia O’Keeffe kicked butt, and now museums and the art world totally treat male and female artists with equal value? JK JK IT’S STILL SUPER BAD! On this two-hour tour of the NGA, we get three things done: We celebrate the awesome women who ARE represented We fill you in on some women you haven’t heard...

$49
8 Seats Left
Don't see any dates that work for you?
Add to Wishlist

Developing a strong digital marketing strategy can make a world of difference for organizations that operate with limited budgets to achieve their membership and funding goals. This workshop will offer a big picture analysis of compelling and cost-effective digital marketing and storytelling, with an emphasis on working with limited resources and...

$65
7 Seats Left
Don't see any dates that work for you?
Add to Wishlist

Learn a repeatable method to tell a more engaging story from a grounded place. Explore best practices for storytelling and tips for how to lean into natural non-verbal communication cues more effectively. Workshop your “tell me about yourself” pitch and get expert feedback in a collaborative environment. Takeaways Learn how to deliver a presentation...

Learn a repeatable method to tell a more engaging...

The DC After Dark Tour is a comprehensive tour with one of the DC tour guides from Loba Tours. Guests are taken to all the monuments & memorials while giving fascinating facts to make every visit in DC a memorable one. You will love the DC After Dark Tour, guests will be fully engaged and entertained while visiting the wonderful attractions...

The DC After Dark Tour is a comprehensive tour with...

How to Meet and Connect with Women (3-Day Bootcamp)

at Craft of Charisma

This bootcamp is an intensive program designed to help a man learn how to approach women, start conversations, and set up a dates. The program includes lecture, role-play, infield practice, and real time feedback from some of the world's top dating coaches. Day 1: Evening Session 1 Understand and overcome your fears: We start by explaining the causes...

This bootcamp is an intensive program designed to...

Everyone can master the art of public speaking and easily leverage the secrets the best speakers in the world use to elevate your public speaking performance, forget the fear, and learn to love the spotlight. Public speaking is the most common #1 phobia in today's society, and at the same time, our abilities to strongly represent ourselves are becoming...

Everyone can master the art of public speaking and...

Washington D.C.’s Georgetown neighborhood is home to some of the city’s most notable residents, embassies, local commerce, and culinary gems. On this tour, you will eat your way through this well-known and prestigious neighborhood. We set off on foot walking a total of about 1.5 miles (2.5 km) at a comfortable pace with your foodie tour guide....

This class has 14 more dates.

What do you want to be known for? What do people find when they Google you? How do you create a cohesive online presence? A clear personal brand can create opportunities for you. But how do you go about doing it? Few people have the time to ask, answer and execute on these questions. In this workshop, we'll identify some strategies to break down what...

What do you want to be known for? What do people...

Do you feel stuck in a career you no longer love? Do you long to do meaningful work but are not sure what it might be? Are you ready to find the career of your dreams, but don't see a clear path forward? If you answer yes to one of these questions, then this workshop is for you! In this experiential and interactive workshop, you'll learn 3...

Do you feel stuck in a career you no longer love?...