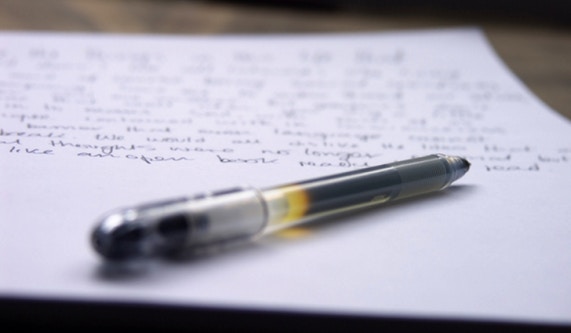 Carla Cohen and Barbara Meade opened a small store at 5010 Connecticut Avenue NW in the autumn of 1984, working by themselves during the day and with one part-time employee who helped at night. Before a year was up, there were two full-time employees. By 1988-89 the staff numbered half-a-dozen and the store was bursting. It moved across the street to 5015 Connecticut Avenue NW in the summer of 1989. The bookstore now occupies more than 9,000 square feet of sales space, and almost 16,000 feet of total business space, including offices and a coffeehouse called The Den. The staff exceeds 100 employees.

In 1999, Jewell Stoddard, a partner in the Cheshire Cat, a prominent children’s bookstore  located about ten blocks up the street, decided to move in with Politics & Prose. It turned out to be a perfect match, and P&P’s children and teens department is now one of the great strengths of the Connecticut Avenue NW store.

Carla Cohen died in October 2010, and in June 2011, Politics & Prose was purchased by Bradley Graham and Lissa Muscatine. Brad was a longtime journalist with The Washington Post and author of two books. His wife, Lissa, also had worked as a Post journalist for a number of years, and then served as chief  speechwriter and senior advisor to Hillary Clinton at the White House and the State Department. Click here to read a message from Brad and Lissa.

Even as P&P confronts a changing world of e-books and e-readers, it continues to enjoy rising revenues and solid profitability. One of its signature features is an extensive line-up of author talks—at least one nearly every night of the year and often several a day on Saturdays and Sundays, plus frequent events at various off-site venues. Publishers compete to place their authors at P&P, and authors like coming to the store, in large part because the audiences often are sizeable, informed, and keen to support genres from literary fiction and poetry to narrative non-fiction and topical journalism. “Like the children of Lake Wobegon,” Carla and Barbara used to say, “all of our customers are above average.”

P&P does more than just sell books, offering a range of programs. It sponsors dozens of classes on various literary topics and hosts 18 in-house book groups. It sponsors week-long trips to such countries as France, Italy, and Cuba, as well as shorter day visits to places closer to home. And its coffeehouse and wine bar, renovated in 2016 and dubbed The Den, has a reputation for serving some of the best coffee in Washington.

Still, the store’s greatest strength may be its staff, who are known for their knowledge of literature and their ability to help customers find just the right books. P&P even offers a concierge subscription service that will send customers a book each month they are sure to enjoy.

In 2015, P&P joined forces with Busboys and Poets and began managing the book sales at some Busboys and Poets locations and sponsoring author talks there. This innovative business arrangement has proven successful for both companies, uniting P&P’s bookselling skills with Busboys and Poets’ track record of operating multi-use, food-and-event gathering spaces. Both enterprises share a deep commitment to building community, providing quality customer service, and promoting public discussion of ideas, cultural issues, and current events.